Setting up Medicare Right – and On Time 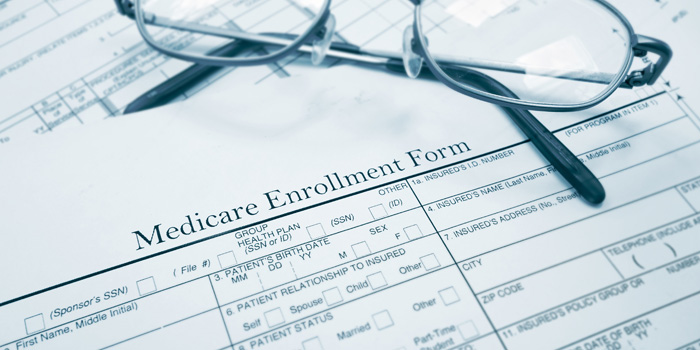 Getting set up with a Medicare plan when you turn 65 is actually a requirement.  There are exceptions if you have coverage elsewhere – EXCLUDING health plans set up on ACA (Obamacare) exchanges, but if you do, you have other sources of counseling to get the details.  This article is for the majority of people who are eligible for Medicare and need to know the exact rules surrounding that program.

As stated above, signing up for Medicare is a requirement.  You have a six-month window in which to get set up that starts three months before your 65th birthday and ends three months after.  If you fall outside of that window, you will pay penalties – for a lifetime.

Over 10,000 people turn 65 every day.  Of the 12 million or so individuals who have health insurance coverage through the ACA marketplace, about 3.4 million are ages 55 to 64.  If you continue with that coverage beyond 65, the federal government can bill you for all of the subsidy dollars you received since your 65th birthday if you do not leave the plan.

There are four parts to Medicare labeled A, B, C and D.  Part A (Hospital Coverage) applies to everyone and comes at no cost to Medicare recipients.  Part B (Outpatient Care – routine doctors’ visits) costs $170.10 per month in 2022.  The combination of parts A and B is called “Traditional Medicare”.

Traditional Medicare covers 80% of the costs of your medical care.  Many people opt for a “Medigap” insurance plan often called Medicare Supplement.  This coverage covers the other 20%.  It is important to know that it is health-based n its pricing and coverage is guaranteed in the initial setting up of your Medicare program.  Beyond this initial period, however, you must be health-approved to change coverage.  With any significant health situations, you may not be accepted if you want to make a change but, once established you cannot be dropped.

We will get to Part C below, but Part D is prescription drug coverage.  It is optional and generally not too expensive.  There are many different Part D plans available and provide co-pays from zero to a percentage of the drug’s retail price depending on the type of drug and your type of plan.

Part C is called “Medicare Advantage”.  This program includes Parts A and B benefits, and typically Part D, as well as some extras like some dental and vision benefits.  Medicare Advantage Plans could have lower premiums than Traditional Medicare, but also have more restrictions like pre-authorization, more limited doctor choices, in-network benefits, and geographic boundaries.  If you plan to travel, this may not be the best alternative.  Despite what Joe Namath preaches on TV, all that “free stuff” may not be realistic – or even a great deal for you – once you have all of the details.  Get good advice in making this decision.

There are late enrollment penalties for some aspects of Medicare. For Part B, if you do not sign up on time, you could face a penalty that amounts to a 10% higher monthly base Part B premium for each 12-month period you should have been enrolled but were not. What is  more, those penalties generally are life-lasting. You can face additional costs for being late to enroll in Medicare and for being late getting out of the ACA marketplace.

While Part D is optional, there’s a penalty if you want coverage after not signing up when you were first eligible. The fee is 1% of the monthly national base premium ($33.37 in 2022) for each full month that you could have had coverage but did not.  You do have options for Part D depending on your preferences for coverage and co-pays that range from $7 to $99 instead of the national base premium of $33.37.

Once you are eligible and enrolled in Medicare, you have the opportunity to switch Part D plans once a year during open enrollment (October to December – you will see lots of TV commercials during that period).  It is a good idea to evaluate your Prescription Drug Coverage and/or Advantage Plan coverage as they can change drastically from year to year.  Many people have found out too late that their preferred physician in no longer in-network, or an expensive prescription is no longer on the formulary (the drugs covered by  your plan).