Dementia vs. Alzheimer’s: Are You Confused? 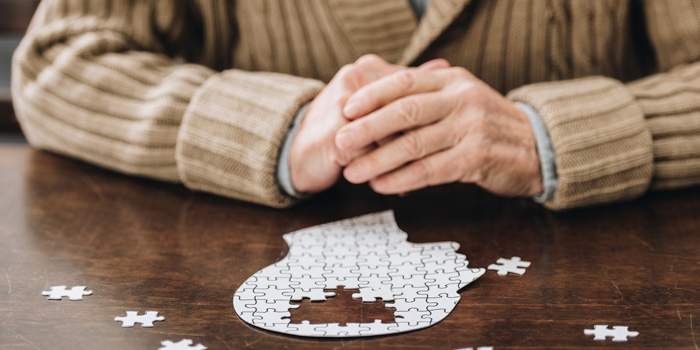 Specifically, Dementia symptoms include loss of memory, challenged communication abilities, ability to use selective judgment, difficulty with reasoning, controlling certain behaviors and abrupt mood changes.  Dementia is triggered by damage to brain cells impacting their ability to communicate with each other.  Symptoms of Dementia vary from person to person depending on what parts of the brain are impacted.

Alzheimer’s Disease on the other hand is a very specific type of Dementia.  With Alzheimer’s disease, memory loss is also combined with impaired speech, challenged thought processes, confusion and sometimes a dramatic change in personality.  Alzheimer’s disease is a progressive, physical, and degenerative disorder of the brain.  Each symptom impacts an individual’s ability to function independently.

The key difference between the two are a matter of scale.  Somewhere around 70% of all cases of Dementia are, in fact, Alzheimer’s disease, but not all.  Dementia can be compared organically to back pain.  We know the patient is hurting, but he or she is unsure of what is causing it.  It could be arthritis, stress, a pulled muscle or a herniated disc.  With Dementia, there are lots of possible causes, but they are also hard to pinpoint anything specific.

With Alzheimer’s disease, the condition is not reversible.  It is degenerative and incurable.  Other forms of Dementia, however, may prove to be reversible or temporary.  The sources of reversible Dementia include vitamin deficiencies or substance abuse involving drugs or alcohol.  If this is not the case, and, over time, the symptoms of Dementia worsen, assistance from home care professionals may be required.

What to look for

Some of the symptoms below are consistent with normal aging.  Multiple symptoms may represent a more serious problem with Dementia or early-onset Alzheimer’s.

You have Successfully Subscribed!