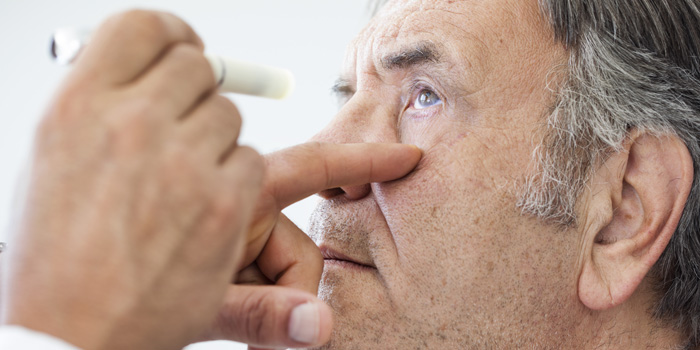 Age-related Macular Degeneration (AMD) is one of the leading causes of vision loss among people 50 and older and impacts 16 million Americans – more than glaucoma and cataracts combined.

AMD is a progressive eye condition caused by degeneration of the part of the retina that impacts central vision.  Early-stage AMD often does not present any symptoms or vision changes.  Symptoms usually appear gradually over time.

In its later stages, AMD can lead to difficulty with daily activities like driving, reading, or recognizing faces.  As people age, their risk of eye-related diseases like AMD increases dramatically.  Smokers, women and those with a family history of AMD are at higher risk.

There are two types of AMD, wet and dry and they have differing levels of concern:

Dry AMD is the most common. About 80 percent of those with AMD have the dry form. Its exact cause is unknown, although both genetic and environmental factors are thought to play a role. This happens as the light-sensitive cells in the macula slowly break down, generally one eye at a time. The loss of vision in this condition is usually gradual. It is believed that the age-related damage of an important support membrane under the retina contributes to dry age-related macular degeneration.

Wet AMD. Though this type is less common, it usually leads to more severe vision loss in patients than dry AMD. It is the most common cause of severe loss of vision. Wet AMD happens when abnormal blood vessels start to grow beneath the retina. They leak fluid and blood — hence the name “Wet AMD” — and can create a large blind spot in the center of the visual field.

Some doctors recommend taking a combination of zinc and antioxidants to reduce the risk of progression of AMD.  Frequently doctors will prescribe an “eye vitamin” to address the issue.